“I started my professional activity as a neurologist trying to bring relief to my neurotic patients. Under the influence of an older friend and by my own efforts, I discovered some important new facts about the unconscious in psychic life, the role of instinctual urges, and so on. Out of these findings grew a new science, psychoanalysis, a part of psychology, and a new method of treatment of the neuroses. I had to pay heavily for this bit of good luck. People did not believe in my facts and thought my theories unsavory. Resistance was strong and unrelenting. In the end I succeeded in acquiring pupils and building up an International Psychoanalytic Association. But the struggle is not yet over.  –Sigmund Freud.” 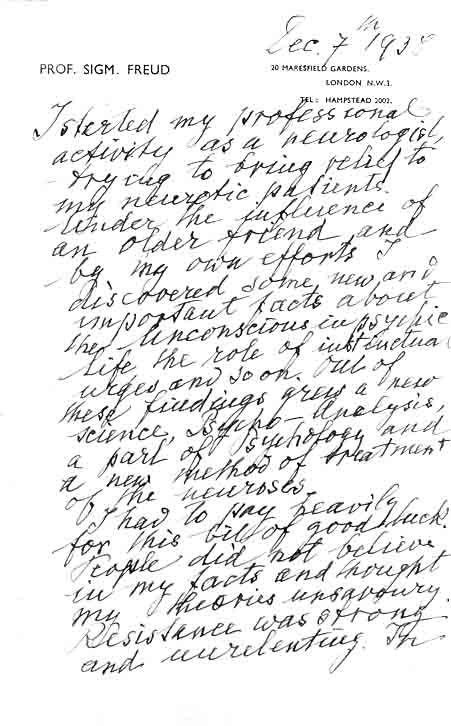 “If often he was wrong and, at times, absurd,
to us he is no more a person
now but a whole climate of opinion