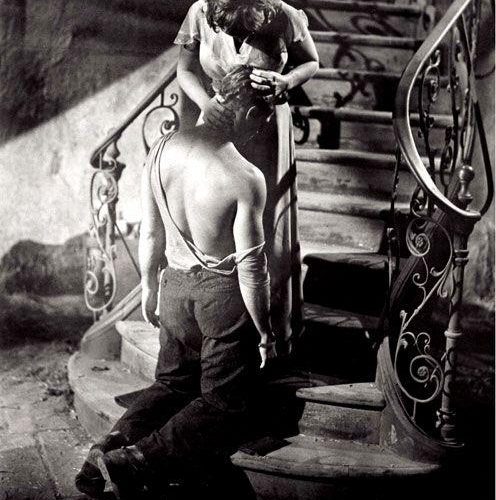 -Mitch:Oh I don’t mind you being older than what I thought. But all the rest of it. That pitch about your ideals being so old-fashioned and all the malarkey that you’ve been dishin’ out all summer. Oh, I knew you weren’t sixteen anymore. But I was fool enough to believe you was straight.”
Blanche DuBois: Straight? What’s ‘straight’? A line can be straight, or a street. But the heart of a human being?
-May I speak plainly?… If you’ll forgive me, he’s common… He’s like an animal. He has an animal’s habits. There’s even something subhuman about him. Thousands of years have passed him right by, and there he is. Stanley Kowalski, survivor of the Stone Age, bearing the raw meat home from the kill in the jungle. And you – you here waiting for him. Maybe he’ll strike you or maybe grunt and kiss you, that’s if kisses have been discovered yet. His poker night you call it. This party of apes.
Leave a comment
951
desirefilmmarlon brando. tenesi vilijamsmoviestreetcartramvajtramvaj zvani zelja